This browser is not actively supported anymore. For the best passle experience, we strongly recommend you upgrade your browser.
SUSTAINABLE MATTERS
All Posts Subscribe
March 30, 2022 | 3 minutes read

The Russia-Ukraine crisis: boon or bane for the clean energy transition? 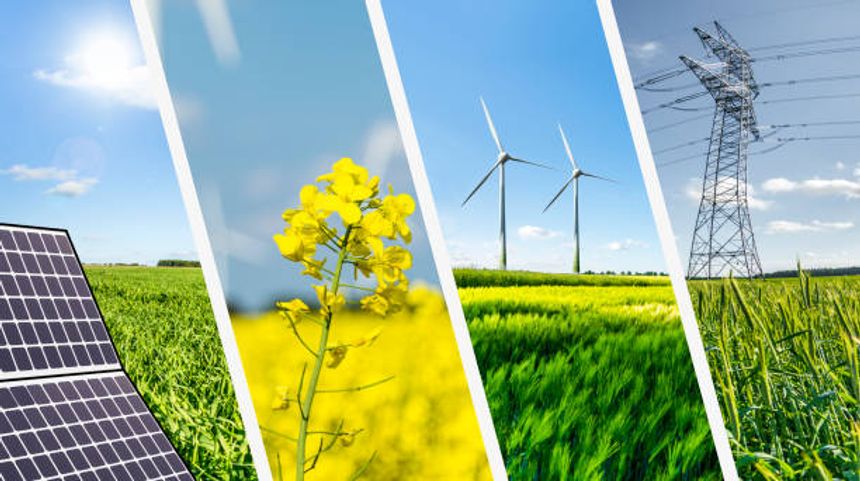 We recently published a briefing on the implications of the Russia-Ukraine crisis for energy markets. Here, we take a deeper dive into the conflict’s implications for the clean energy transition.

What is the clean energy transition?

The clean energy transition refers to the shift from a fossil fuels-based system of energy generation and consumption towards a renewables-based system utilising green energy sources such as wind, solar and hydropower. Achieving, and indeed accelerating, the clean energy transition is essential if countries and companies are to reduce their emissions to a level that will limit global warming to below the 1.5°C threshold set out in the 2015 Paris Agreement. The Intergovernmental Panel on Climate Change recently released a sobering report warning that this critical 1.5°C threshold is likely to be exceeded in the early 2030s, unless dramatic action is taken to achieve net zero targets.

How does the Russia-Ukraine crisis link to the clean energy transition?

Russia’s invasion of Ukraine has forced countries in Europe and further afield, such as the USA, to rapidly reconsider their energy security position and look for ways to reduce their dependence on Russian energy imports. Commentators have observed that the crisis marks a key opportunity to accelerate the clean energy transition and enshrine renewables at the heart of national energy security policies—with Christian Lindner, Germany’s finance minister, describing clean energy as the “energy of freedom”.

Caught in the tug of war between long-term decarbonisation goals and short-term energy needs, countries have tended to adopt a range of measures in their policy responses to the crisis. On the one hand, many have encouragingly called for increased investment in renewables and the associated infrastructure needed to support their increased utilisation. On the other, they have also pledged to retain and diversify existing gas and fossil fuel supplies by importing from countries other than Russia, and further exploiting domestic oil and gas resources. Another critical option, which has received less attention, is deploying energy efficiency measures to retrofit existing housing stock with heat pumps and additional insulation to reduce baseline gas demand and lower energy bills for consumers.

As we discussed in our in-depth briefing, the European Union’s REPowerEU plan incorporates all three of these options, with a strong emphasis on renewables. The UK government has announced similar plans to phase out imports of Russian oil and diversify its oil and gas supplies. In doing so the UK has, however, been criticised for courting countries which have been accused of having poor environmental and human rights records. The government’s proposals to expand North Sea drilling have also come under fire, with the Committee on Climate Change describing the plans as having, at best, a “marginal effect” on UK energy prices. Further details on the UK’s energy security strategy are expected to be published soon.

There is more than a little irony in the fact the increased vigour we are seeing in relation to the clean energy transition has been driven by a conflict funded, in part, by European countries’ dependence on Russian fossil fuels. Yet climate and security policy are connected in more ways than one.

The Pentagon, for example, has been closely monitoring the national security implications of climate change for the US, describing it as a “threat multiplier” as long ago as 2014. In October 2021, the Pentagon released an updated climate risk analysis, noting that the climate crisis is “reshaping geostrategic, operational and tactical environments”, and that adapting to these new challenges will be of critical future strategic importance.

Proponents of the ‘Green New Deal’ have long-argued that wartime industrial mobilisation clearly demonstrates the capacity of states to adapt rapidly to address existential threats—a capacity which can, and should, be channelled towards responding to the climate emergency. The administrative and bureaucratic cogs needed to drive the war machine can, they suggest, be repurposed to power the ‘green’ machine needed to achieve net zero.

To many, however, this unexpected alignment of defence and environmental goals will have come as a surprise, and is likely to prompt further reflections and, indeed, soul-searching, on the appropriate approach to defence and security policy within the ESG umbrella. Policy-makers and businesses should remain mindful of the potential benefits, but also pitfalls, of trying to harmonise ESG objectives with the moral minefield that can come with defence and security issues—lest the present rapprochement between sustainability and security proves to be a Faustian pact.

Whilst there are very few positives to be drawn from the current conflict, there is undoubtedly an opportunity for governments to double down on the clean energy transition in their pursuit of energy autonomy. However, deployment of clean energy alternatives will not happen overnight. In the meantime, governments will be balancing the pressure of maintaining security of supply and affordability in the short-term, with the imperative of decarbonisation. As a result of the conflict, we are likely to see renewed investment in national energy sources and associated infrastructure. Provided the right balance is struck, this may offer both opportunities for business and positive climate outcomes.