This browser is not actively supported anymore. For the best passle experience, we strongly recommend you upgrade your browser.
SUSTAINABLE MATTERS
All Posts Subscribe
November 25, 2022 | 6 minutes read 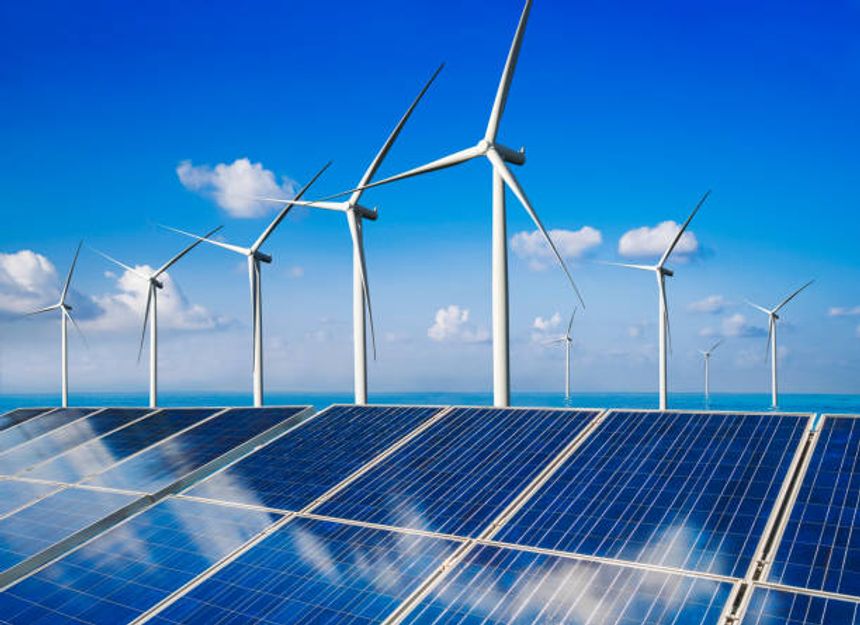 Announced during the same week as COP27, in his speech to Parliament the chancellor was careful to prioritise the UK’s international climate responsibilities, promising investment in energy efficiency along with “a major acceleration of home-grown technologies like offshore wind, carbon capture and storage, and, above all, nuclear.” At the same time, he also increased the existing energy profits levy on oil and gas companies, and introduced a new levy on certain electricity generators. Although the government anticipates that these two measures will raise £14bn a year for the public purse, some operators have expressed concerns that the new electricity generators tax could deter long-term investment in the UK’s renewable energy sector, undermining the government’s own pledge to “decarbonise the power system by 2035... and reach Net Zero by 2050”.

As outlined in the Energy Taxes Factsheet published alongside the Autumn Statement, this new, temporary 45% levy on UK electricity generators will be introduced on 1 January 2023 (a draft is expected in mid-December, to be legislated for in the Spring Finance Bill 2023). Although the levy is described as targeting “extraordinary profits” (defined as electricity sold above £75/MWh), it is in fact a levy on revenue, not profits. The government has acknowledged that the 45% rate is higher than the oil and gas profits levy, but emphasised that, “unlike the Energy Profits Levy which applies to all profits, only returns above the set benchmark of £75/MWh are within scope.”

Other key points include:

Although the government has stressed the temporary nature of the EGL, some industry operators have warned that it could make investing in the UK’s transition to low-carbon energy systems less attractive. Scottish Power CEO Keith Anderson has said it will create a “five-year long corridor of uncertainty for investors” and potentially undermine support for clean energy projects necessary for meeting the UK’s Net Zero ambitions and reducing the UK’s “gas dependency”. In a similar vein, industry body RenewableUK argued that the new levy should have applied to “unexpected windfalls right across the energy sector” rather than exempting profits from fossil fuel plants, and that “ministers now need to work with the industry to ensure that the implementation of these plans ensures a level playing field, rather than imposing unfair burdens on renewables.”

RenewableUK further noted that the CfD support mechanism for renewables was “the right model to focus on as we move forward” and is “delivering new power cheaper than any other system.” Moving non-CfD supported generators onto CfDs is an option open to government. The power to do so was recently introduced by the Energy Prices Act 2022, but there was no mention in the Autumn Statement of whether this power would be exercised. CfDs were introduced under the Energy Act 2013 to support new build low carbon generation. The Energy Prices Act 2022 amends the Energy Act 2013 to provide for powers to enable CfDs to be offered to existing, operational low carbon generators as well. The transfer scheme would be voluntary but until further details are published, it is unclear whether this might be an attractive option for affected generators to opt into and so avoid the EGL.

Notably, the chancellor made a clear commitment to the Sizewell C nuclear plant in Suffolk, announcing that the government’s contract with French energy company EDF would be signed by the end of November, providing “low-carbon power to the equivalent of 6 million homes for over 50 years”. The government is investing £700m in the plant, which is expected to generate approximately 7% of the UK’s electricity needs on completion and is a key part of its strategy to reduce the UK’s reliance on fossil fuels. Commentators have noted that the Prime Minister Rishi Sunak is a supporter of plans announced under the Boris Johnson administration to build eight new reactors over the next eight years. In this context, the commitment to Sizewell C is perceived as a significant step for the sector, and the Nuclear Industry Association has suggested that it “paves the way for the development of a pipeline of new nuclear projects, both large and small modular reactors, to deliver clean, reliable power.”

Perhaps mindful of criticism that it has not done enough to reduce emissions by making UK homes and buildings more energy efficient, the government also used the Autumn Statement to set “a national ambition to reduce energy consumption by 15% by 2030, delivered through public and private investment, and a range of cost-free and low-cost steps to reduce energy demand”, with £6bn to be made available from 2025-2028, in addition to the £6.6bn provided this parliament. The government will also establish a new Energy Efficiency Taskforce to oversee energy efficiency across the economy. Further details regarding its plans are to be published by the Department for Business, Energy and Industrial Strategy, although no specific publication date is noted. Whilst the boost in investment has been welcomed across the industry, there have also been calls for the timetable to be accelerated. Renewable energy supplier Good Energy, for example, said that the UK required a “mass insulation campaign today, not a taskforce to look at extra spending in three years’ time.”

"We need to go further, with a major acceleration of home-grown technologies like offshore wind, carbon capture and storage, and, above all, nuclear." - Chancellor Jeremy Hunt